Although since I was a youth, I had shown artistic inclinations, I did not have the opportunity to direct my studies to art. The circumstances and traditional influences of my family and its conventional context did not facilitate that my cultural concerns were led in that direction. I never saw a real possibility of embarking on a life lived out through art. 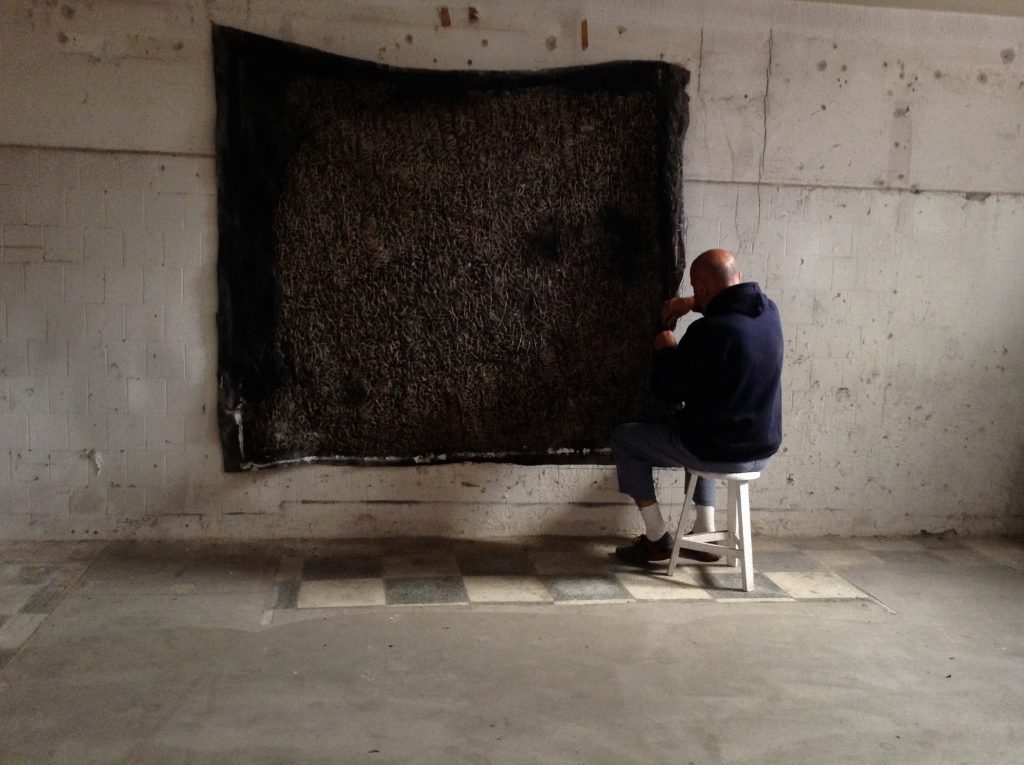 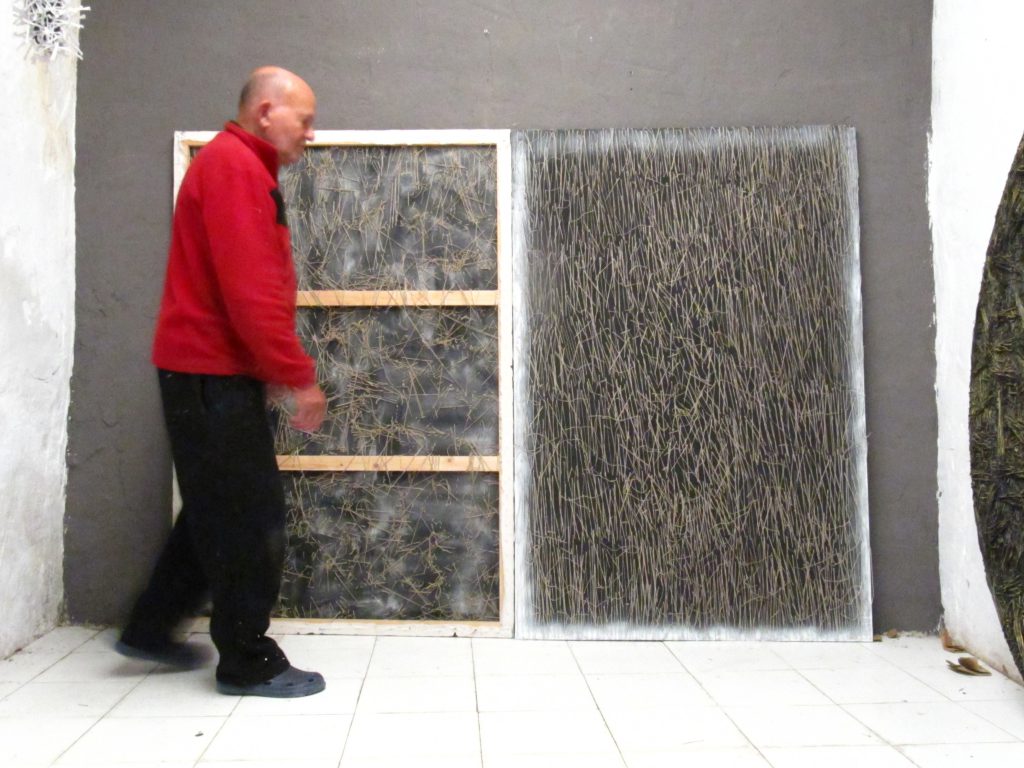 Travelling around the world

My stay in London in 1970 would be decisive in my artistic trajectory and the first possibility of attending classes and workshops of artistic creation. I did studies of engraving in Morley College and of stone and metal lithography in the Paddington Institute and also other works in experimental artistic crafts with an optic-kinetic orientation. That year I also had the opportunity to come into contact with the graphic gallery Studio Prints, through its director and professor of Morley College. This meant coming into contact with engravers from other countries, especially Norway, Germany and the USA.

In 1980 I returned to Galicia to set up my first engraving workshop. This meant a series of conventional engravings which are far from previous vicissitudes. In that year I gathered together part of the work «Sobrecosidos» (oversewings) and presented the exhibition «Atlántica» in Baiona.
After visiting Puerto Rico, Venezuela and Norway, in 1983, I returned to Galicia to settle now for a time in my engraving studio. Here was born again the collaboration with the poet Xavier Seoane. Previously we had collaborated in a portfolio of five etchings entitled «As catro estacións» (The four seasons). The second time we worked together was for the book «Irispaxaros», in which we combined serigraphic with etchings in an attempt at conception and design in the line of the «open» book. I began to work with the gallery Estiarte of Madrid, a fruitful collaboration which would last twelve years under the direction of Gonzalo Cabo.
In 1984 I set up my second engraving studio in Sitges (near Barcelona) without giving up the one in Galicia. I carried out a graphic-poetic project, in this case with the collaboration of poets of different regions such as Murcia and writers such as Gimferrer or Gil de Biedma, under the title of «Cenizas del Amor» (Ashes of Love). 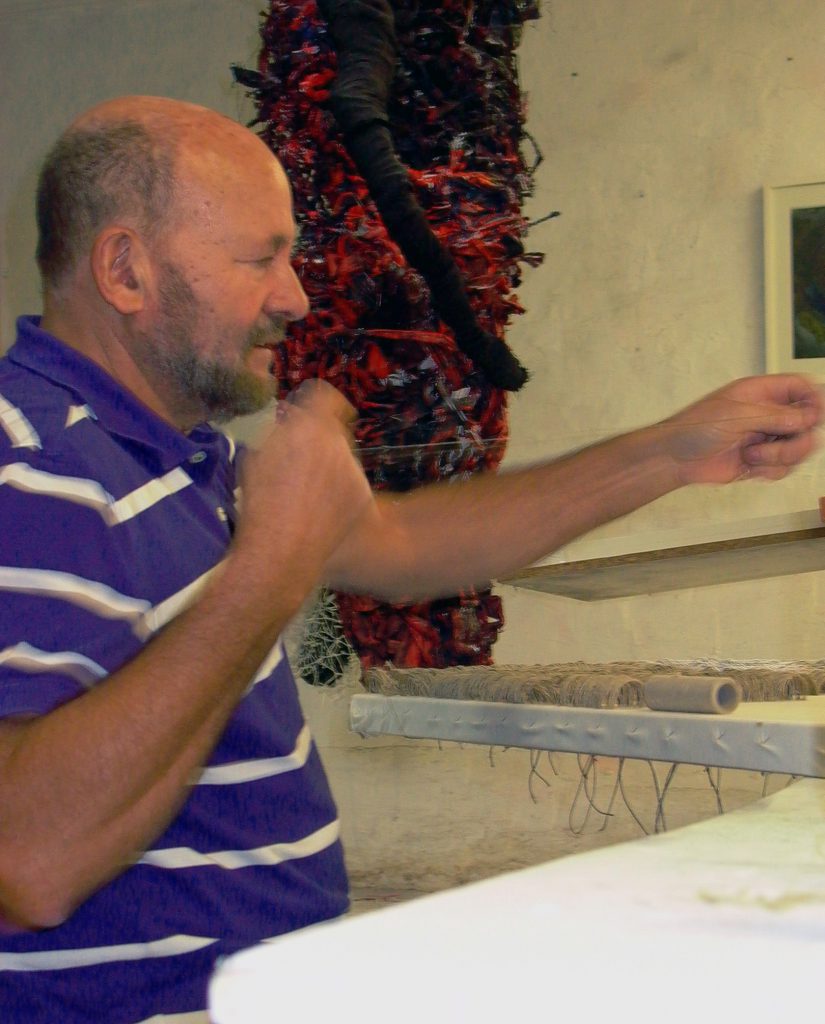 In 1987 I decided to move to Andalusia. I had always had a fascination for the Andalusian culture and popular folklore, and also a desire to continue near the Mediterranean. I bought a house, “El Pencal Azul”, facing the sea, where I set up my engraving workshop.
During 1992 I was in contact with the publisher Carlos Díaz de Artesa, and I began a fruitful graphic collaboration. The first work was some portfolios of engravings: «Alba de Gloria», «Códice Calixtino», «Salve Jacobe Gallaetiae» and «Galicia». In this year I also participated in «O proceso abstracto» (The Abstract process) in the Auditorio de Galicia.
From 1995 onwards I began to formulate a revision of my more personal work of the 70’s which, thanks to an initiative of the Fundación Luis Seoane, I have had the opportunity to exhibit.

We use cookies to ensure that we give you the best experience on our website. If you continue to use this site we will assume that you are happy with it.Ok